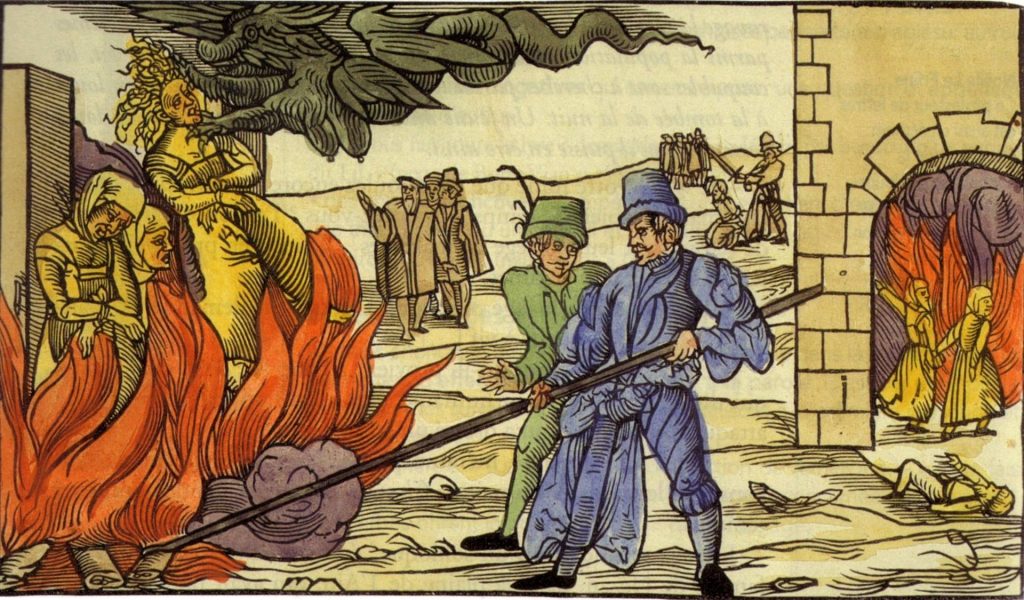 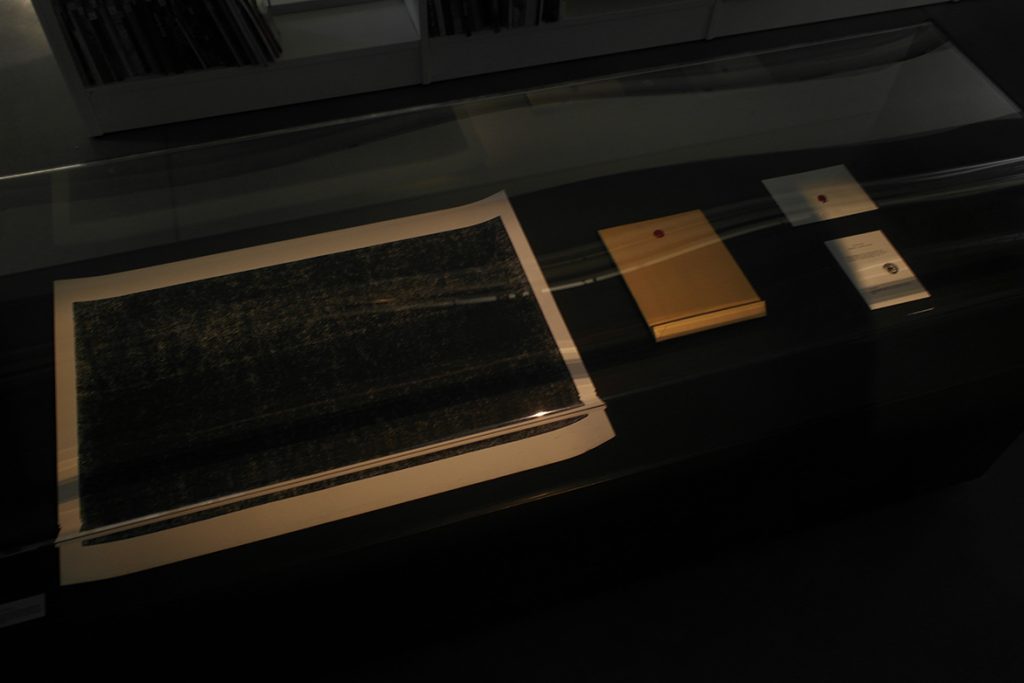 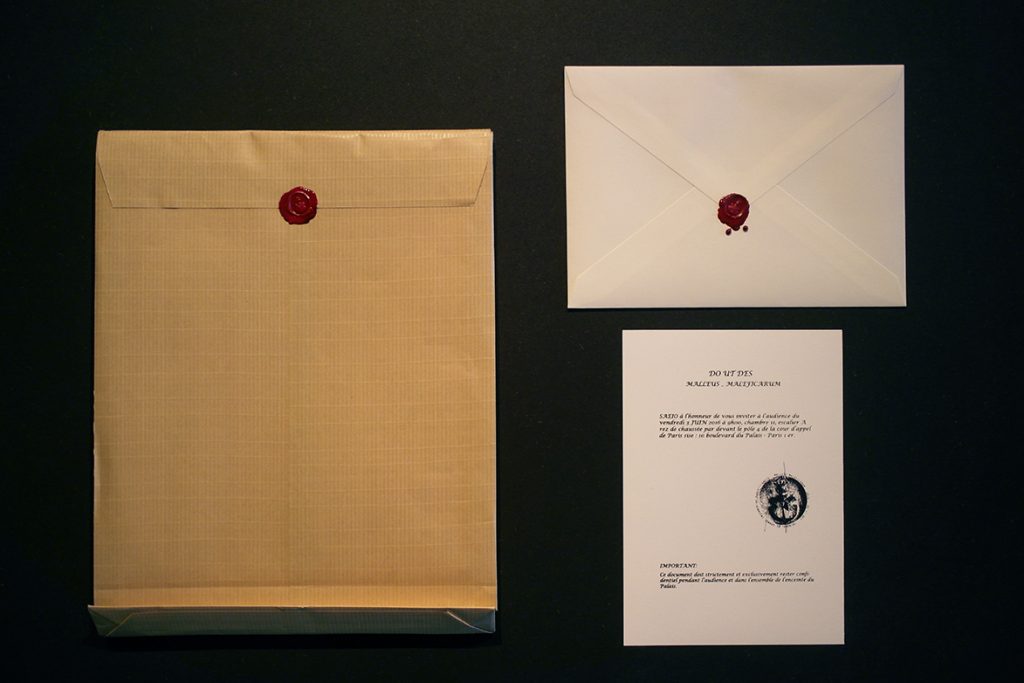 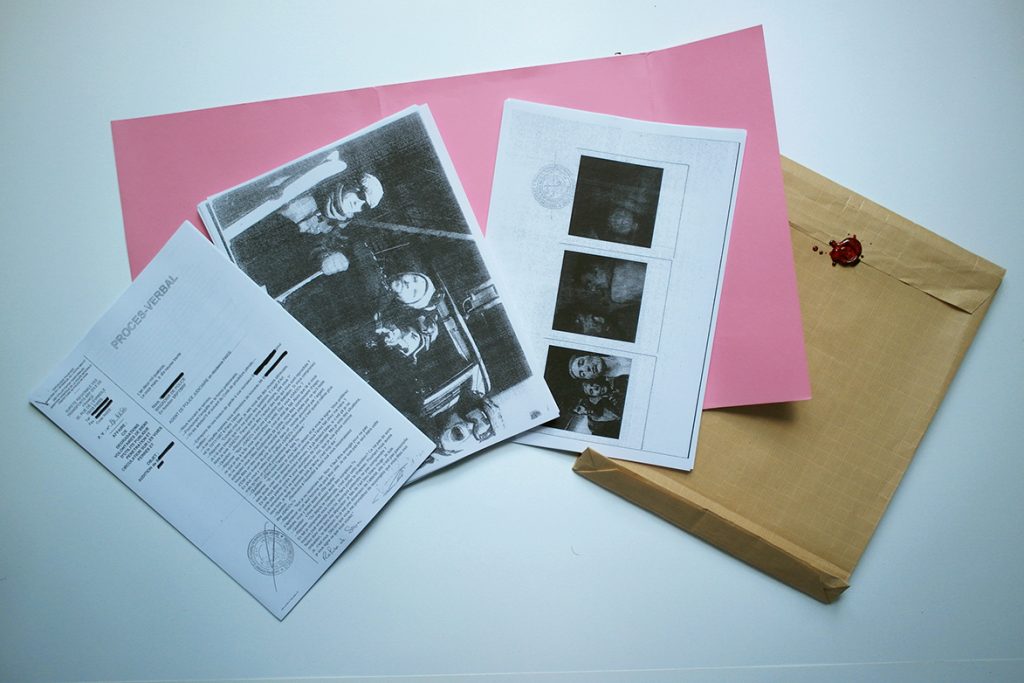 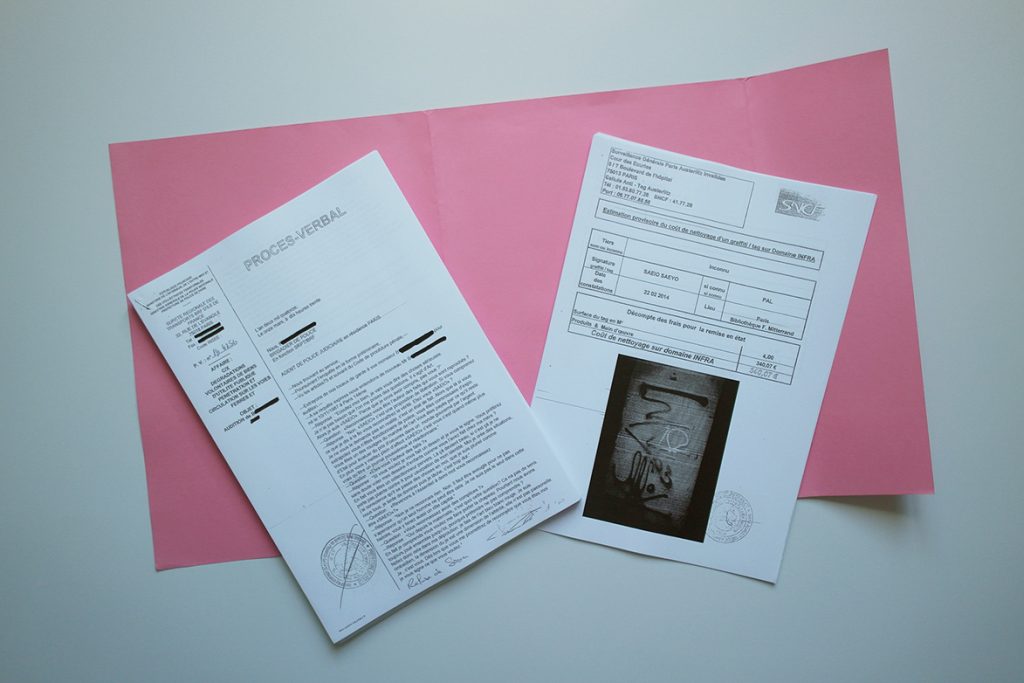 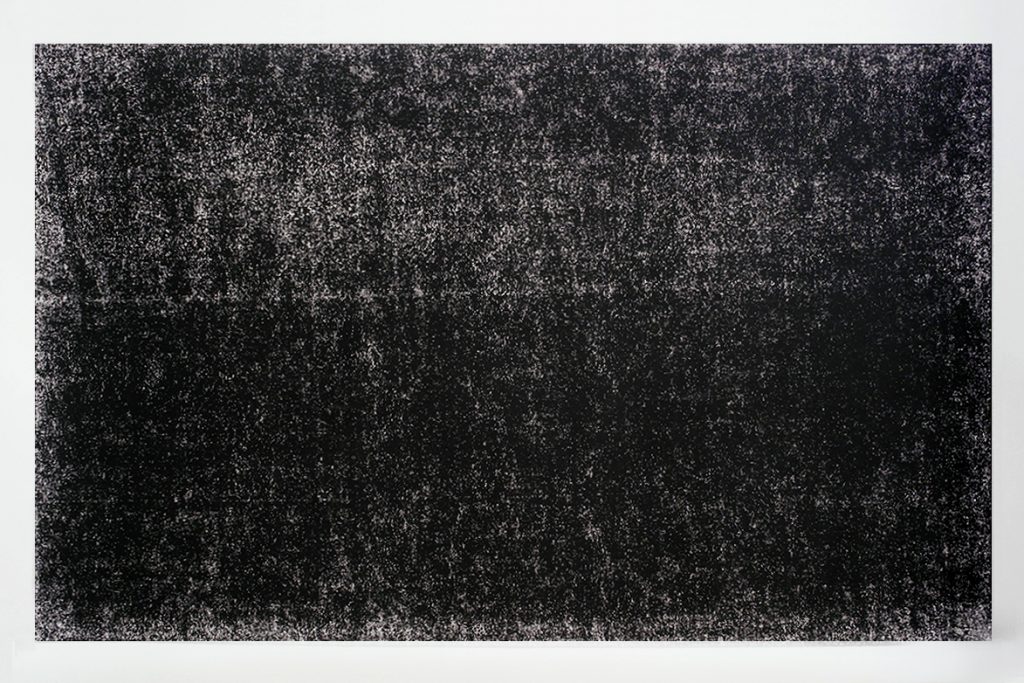 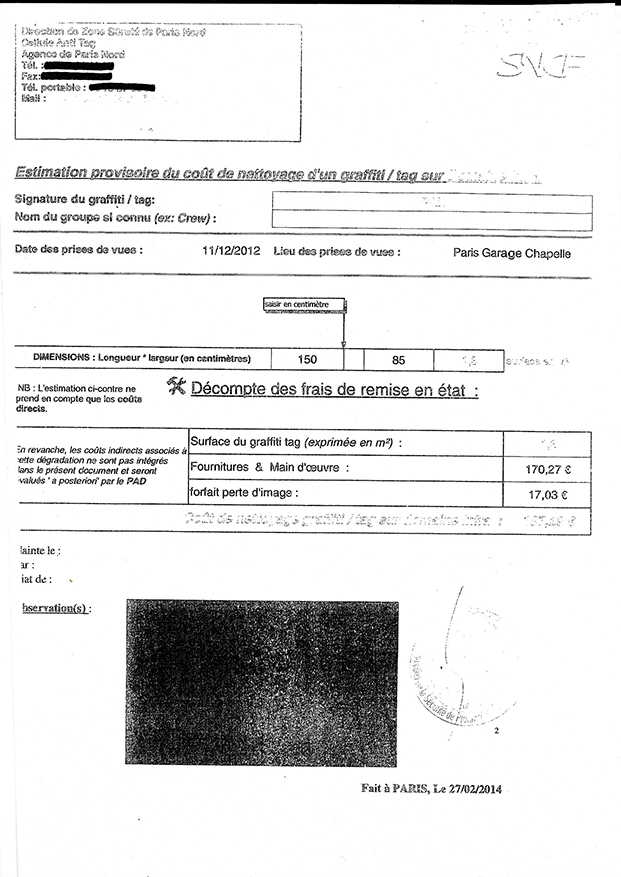 In 2014, SAEIO got arrested by Paris’ anti-tagger brigade for « voluntary vandalism on material of public use, entering and circulating on railroad tracks”. A legal procedure was opened against him, based on immaterial (wire-tapping, hearings, tailing) and material (documents such as police reports, pictures, transcripts of his phone calles …) evidence retracing SAEIO’s presumed history from 2012 to 2014. Followed up by an immediate hearing where he was reproached with about a hundred “acts of vandalism” and a fine of over 40 000€ is delivered. To be continued…

In counterpart, as a response to this material gift from the police, is born an “artistic” counter-gift by the artist.: a multimedia reversal where SAEIO is staged as “the epicenter of the paradoxical interactions provoked when graffiti and the legal system meet” and how it has become art in itself. The legal documents become an annotated catalogue and produce large format works whose price is established by declared cleanup cost, the trial becomes a narrative, the artist’s agents and their buyers now become an inherent part of the participative economic model created to finance the fine. The DO UT DES project (translated from latin to: I give so you can give) brings a distinct interpretation of the original events by mixing the supposedly distant and objective view of the police to SAEIO’s who articizes this process of investigations and trial. This symbiosis then creates an unprecedented interaction questioning the paradoxal status of graffiti in relations to art, the law and society. 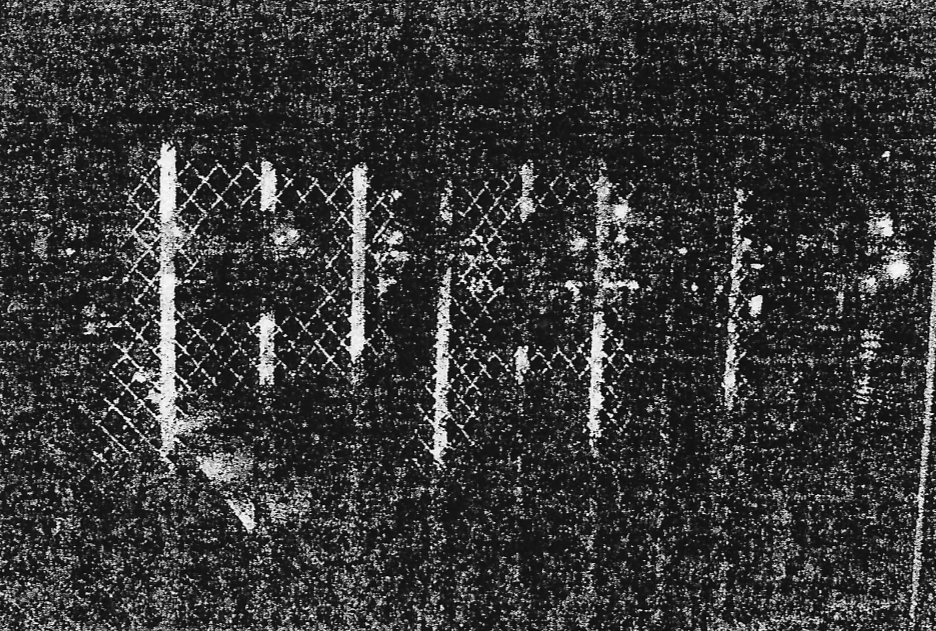 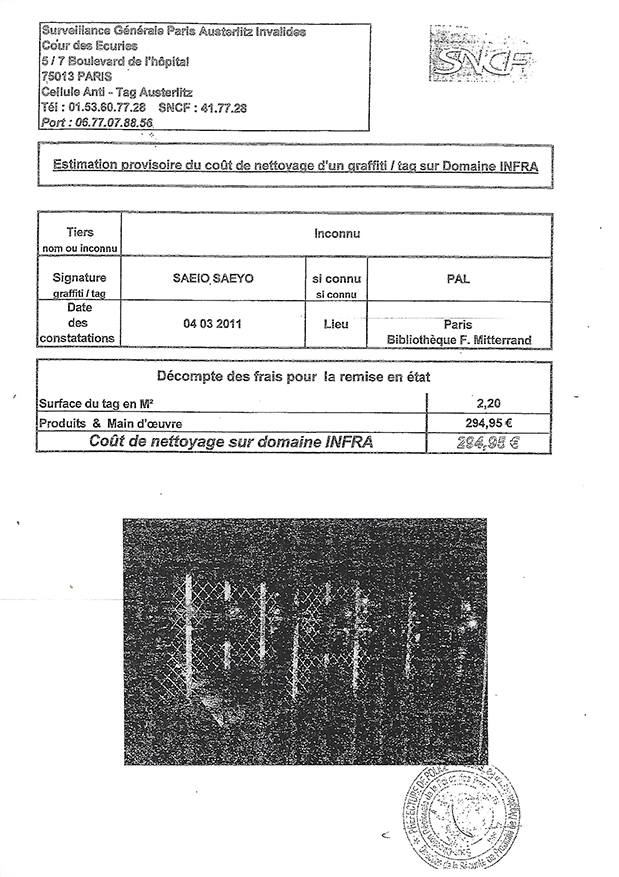 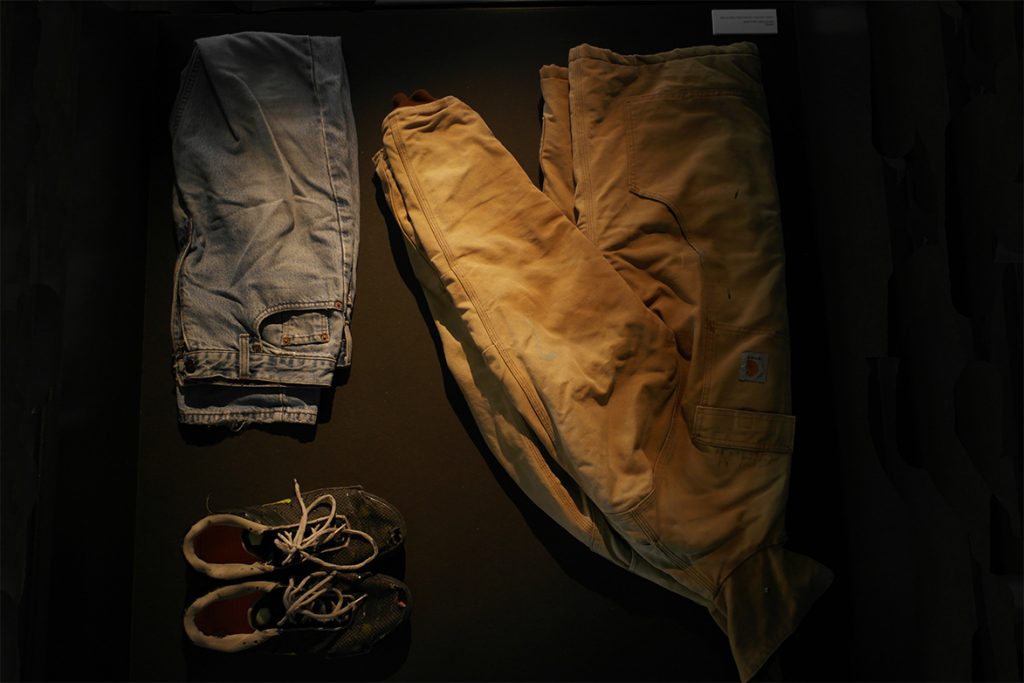